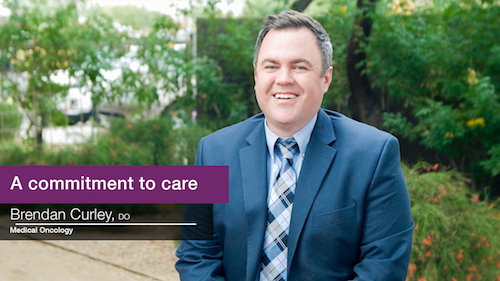 How 20 Minutes with my Oncologist Validated my Decision to get a Double Mastectomy for a Stage 0 Cancer.

We followed the medical assistant back to the oncologist’s office.  I couldn’t help but notice the curved row of recliners right in the main central corridor of the clinic.

They looked out a huge wall of glass to the gorgeous rain-soaked North Scottsdale desert. Were it not for an IV pole perched next to each lounger, a bag of clear yellowish liquid hung and ready to be infused, this area could have been a nicely-appointed nail salon.

But I knew what it was. My husband, Michael knew what it was. This was where cancer patients received infusions of chemotherapy that would kill their cancer cells.  it would also kill many of their healthy cells, causing gastrointestinal distress, hair loss, fatigue, and all the other symptoms. We passed wordlessly.  I felt both grateful.  I also felt guilty that I wouldn’t have to sit in one of these chairs as part of my treatment.

He shook our hands firmly, introducing himself, then said to my husband, “And you are…?” We laughed as he explained that he didn’t want to assume he was my husband rather than my father, son, boyfriend, or something else. We shared stories of mistaken identity and awkwardness upon assuming the wrong relationship. I once assumed my patient’s girlfriend was his mother and he once assumed a patient’s daughter was his granddaughter. So, we both had learned never to assume.

And then, before getting into any details, as if he wanted to relieve any fears up front and make me feel at ease right away, he said with a smile, “Want to know what my treatment plan is for you? None. There is none. I don’t ever need to see you again.”

Nevertheless, he took a few minutes to get to know me and really listened a breast cancer journey.

When he heard I was in nursing school, and also working for HonorHealth, he suggested maybe I could come work with him after I graduate. I think I just might do that! He was professional and friendly, warm and personable. Our consult felt like a chat with an old friend. I have met very few doctors who made me feel so valued, important and cared for during a routine consultation.

After he listened , he spoke. And this visit – these 20 minutes with the oncologist who I never have to see again – confirmed and validated my decision to get a bilateral mastectomy for a Stage 0 cancer.

I knew for sure I had made the right decision, even though it was (still is) painful and a lot less fun in reality than I had imagined…

He carefully outlined the options I could have taken and what the treatment protocol would have been with each of those options.

Since the kind of cancer I had, DCIS (Ductal Carcinoma in Situ) is Stage 0 noninvasive cancer, chemotherapy is almost never part of the treatment.

Chemo is only ever given if the cancer becomes invasive or is found in the lymph nodes.

But even though my cancer was non-invasive – contained “in situ” within the milk ducts – if I had elected to have just a lumpectomy, he would have treated me with radiation followed by a hormone blocker pill to eliminate recurrent DCIS or a new breast cancer in the same breast or the contralateral breast.

Had I chosen only a single mastectomy…

I would have eliminated the need for radiation and reduced my risk by 50% since I would have removed 50% of the breast tissue, but I would still have needed to take an estrogen blocking pill, Tamoxifen for at least five years to lower risk in the contralateral breast.

But in choosing the bilateral mastectomy…

which removed all of the breast tissue from both sides, I had essentially eliminated my risk. I now have less than a 1% chance of ever in my life getting breast cancer.

And since all my genetic testing came back negative for cancer markers, I don’t have an increased risk for any other type of cancer either.

That doesn’t mean I have a guarantee to never get cancer. Even healthy people get cancer. There are carcinogens in our environment, in our food, and who knows where else. But I can go back to living as healthy as I can and not have to worry.

The Oncologist Office of a Breast Cancery Journey

A breast cancer journey continues. The oncologist’s office was a beautiful, peaceful and surprisingly positive place. If I had to go there regularly for treatments, it would be a pleasant environment in which to face the pain of cancer treatment. Still, I am grateful that I don’t have to go there again!

Dr. Curely grew up in a small Pennsylvania town.  His mom was “everyone’s doctor” and his dad was a cancer doctor in a larger town a bit further away. Dr. Curley’s oncology practice brings together these two flavors of patient care into a warm and friendly experience, even as he helps patients navigate the scariest illness.

“Life is not about extending days. Life is about adding moments.”