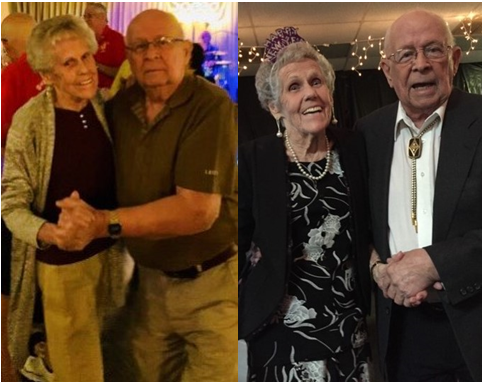 by Cancer Specialists at AZCCC
News

Turning down hospice for the dance floor is the story of Don.  Don is being cared for by amazing physicians at Arizona Center for Cancer Care.

Arizona Center for Cancer Care is the very best.

Patient is Going From Hospice to the Dance Floor:  Don’t Journey

It was in 2014 that Dr. Dhillon first met Don.  A few weeks earlier, Don noted blood in his urine. Further workup with cystoscopy and biopsy showed aggressive bladder cancer that had invaded through his bladder wall muscle. Don was offered surgical removal of his bladder, an option he outright rejected. Instead, Don decided to take his chances and chose a treatment regimen that would preserve his urinary bladder.

Don opted for a combination of chemotherapy.  As a result, the treatment was carefully delivered radiation by Dr. Wish Dhillon and Dr. Gregory Maggass at Arizona Center for Cancer Care.

Although Don tolerated bladder cancer treatment well, no one knew at the time that his cancer journey was just beginning.

In 2015, Don developed rectal bleeding and anemia. Ultimately, he was diagnosed with a large cancer mass on the right side of his colon. Fortunately for Don, cancer had not spread to his lymph nodes. Therefore, he did not need a colostomy bag after surgery. However, the worst was still to come.

In late 2016, Don became very sick. He became extremely weak. Don lost his ability to eat and drink. He lost his strength to walk. During one hospitalization, After careful consideration, he denied hospice.
Eventually, Don was diagnosed with a very aggressive type of lymphoma. Hence,, a temporary feeding tube was placed to keep up his nutrition. Don had the will to keep fighting but refused to take aggressive chemotherapy.

A glimmer of hope comes with taking advantage of options.  A new drug became available that could target a mutation present in his cancer cells. Therefore, Don took a chance and yet again chose to live life on his own terms. This is personalized medicine at its best.

Two months later, Don’s PET scan showed that his cancer had melted away. Even more, in 2018, serial scans showed he was cancer-free. In turn, Don once again made a choice to stop all treatment.
As of 2019, Don remains in remission from all three cancers! He spends his weekends dancing with his beautiful 93-year-old wife.

As he recounts his journey from hospice evaluation to the dance floor, Don says he is lucky to be  in the care of an incredible team of doctors at AZCCC.

Don is grateful.  Don is happy with his choices.  Today, cancer patients are a voice in their own healthcare.  Furthermore, thanks to great physicians, patients are now making choices.

We salute Don’s spirit, and we salute his brave choices. In addition, we salute the power of personalized medicine.

Dr. Dhillon says this is a heartwarming story of patient-centered care that unfolded very well.

Don and his wife are smiling and dancing!  Even more, Don is living life to the fullest, and Don is an inspiration to others.

Every Patient is Special